Passive spectrometrySpectrometry inlcudes a broad range of technologies that measure electromagetic spectra. These include energy emitted by the flare itself (such as infra red radiation) or how the flare interacts with… methods use the radiance spectrum of hot gases in the flare to quantify the amount of CO2, CO and hydrocarbons from which the combustion efficiency can be quantified. They differ from methods such as Differential Absorption LidarLidar is a method for determining ranges (variable distance) by targeting an object with a laser and measuring the time for the reflected light to return to the receiver. LiDAR… (DIAL) in that they do not require an active infraredA wavelength just greater than that of the red end of the visible light spectrum but less than that of microwaves. Infrared radiationhas a wavelength from about 800nm to 1… light source such as a laser, the spectrometer is a receiver only. The Fourier Transform Infra-Red Spectrometry (FTIR) technique is traceableWherby a measurement is calibrated to a reference standard and when the uncertainties of th calibration  are insignificant compared to the uncertainties arising from random effects or from a limited number… and has been evaluated alongside reference extractive samplingThe process of measuring flaring combustion by extracting part of the plume and analysing the absolute quantities of burnt and unburnt gas by measn of a traceable method such as… methods. It has been used in a range of flare applications including production and refineries. Measurements are conducted by a specialist operator and require careful calibration which limits long term deployment or use in complex environments.

Hot gases in the flare combustion zoneThe area of the flare flame where the gas and vapours found just after a flare tip combine for combustion. Elevated Flare definitions and calculation methods from 40 CFR 63… emit radiation in the same frequencies as they absorb. This results in a radiance spectrum which can be converted into absorption spectra and used to determine gas concentrations. There is no requirement for an active source of infra-red light (as used in methods such as DIAL) and can therefore be described as a passive method.

Setting up and calibrating the instrument properly is complex and requires a specialist service provider and includes:

Calibration  of the spectrometer is critical to accurate measurements. This is achieved primarily by means of a ‘black body’ calibrator – an IR source of known spectral radiance. The calibrator produces a IR distribution that is predicted by the Planck function providing traceability to the method. The black body has to be positioned at an equivalent distance to the flare, which may place logistical constraints on field deployment, especially offshore.  Additional effects including variation in the sky background and atmospheric gases between the flare and spectrometer also have to be accounted for  in the final calculation. Setting up and calibrating the instrument properly is complex and requires a specialist service provider.

Determining flare temperature  Critical to the measurement is also the need to determine the temperature of the flare as the radiance of the hot gas is proportional to both gas concentration and heat.

Aiming  The FTIR should ideally be positioned near the centre line of the plume and one flame length from the flame tip.  This is not always possible in field deployments. Strong and variable winds may impact positioning of the instrument.

Data Management  The raw data from the spectrometer must be processed to derive individual gas components. A fourier transform is applied to the raw data that converts in interferogram to a single beam spectrum. Here, the interferogram – which is radiance as a function o FTIR scan position  is converted in to radiance spectrum (radiance as a function of wavenumber). Once the transform is complete, the flare spectrum can be isolated from interferants (such as atmospheric gases) and then converted in to a absorption spectrum from which concentrations can be derived. In practise, all of these functions are provided by the vendor along with an estimate of uncertainty.

Data is aggregated over short time period – typically per minute, which allows temporal variability in the flare (such as pulsing) to be measured.

Spectrometry is the observation and measurement of wavelengths of light or other electromagnetic radiation. Once a range of wavelengths, or a spectrum, for a gas mixture has been measured, by observing the intensity or amplitude of individual wavelengths, the method allows for determination of chemical composition of that gas mixture. Spectrometry is typically performed with the use of a spectrometer which is an instrument that separates and measures the spectral components of the sample or object being studied. Various types exist, but the most used are either a mass spectrometer or an optical spectrometer. Spectrometry techniques may be used for process control - such as determining the composition of flared gas, or for environmental measurements such as determination of combustion efficiency. 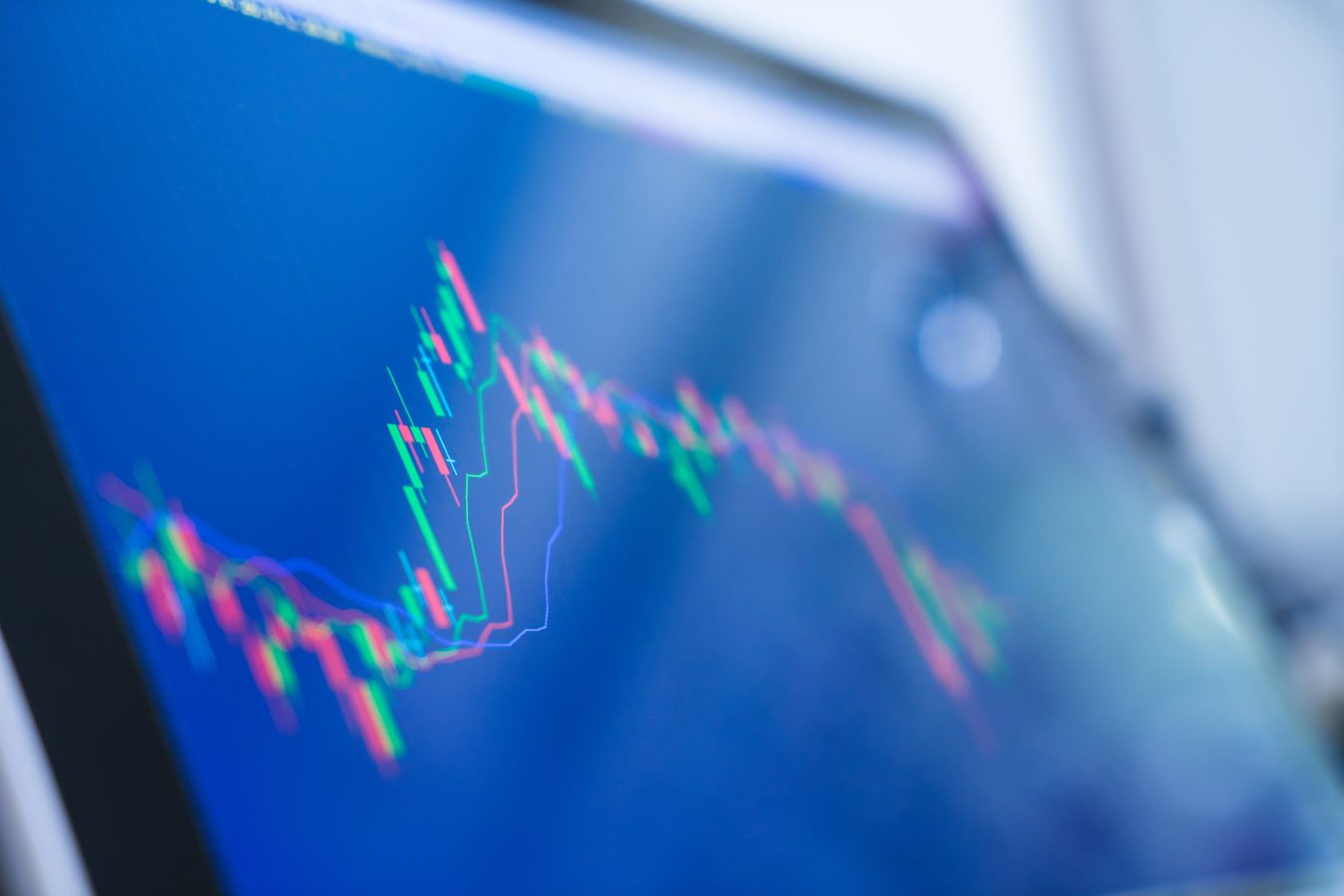 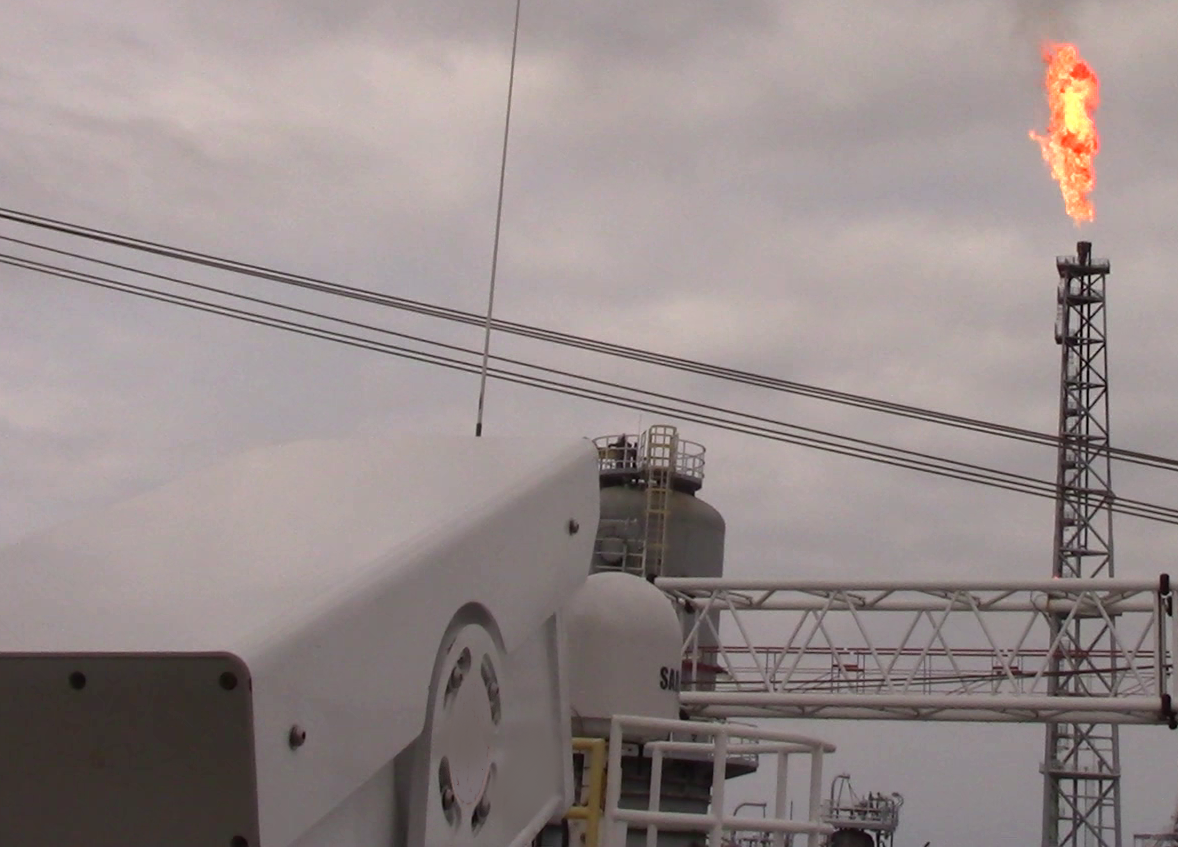